Money From A Car Window

An excerpt from Growing Up Without WiFi
buy on amazon

Money Form A Car Window
by J. Smith Kirkland
I was the youngest of three kids. My dad made a respectable living as a machinist. We were not rich, but we were certainly richer than many of my friends’ families. I was never in need, and seldom in want. We had a nice house. I had my own room. I had toys to play with. We didn’t have a new car, but we had a car. I knew that I would have breakfast, lunch, and dinner. Some of my friends knew that school lunch might be all they had that day. I never had to worry about food, clothing, shelter, or love.
But I remember this one evening, as we all drove home from somewhere, I was listening from the back seat as my parents were talking about needing to buy milk and bread. They could stop at the ‘Milk Jug’ just up the road, but it wasn’t payday yet and they didn’t have any money. Now this is before everyone had credit cards, and debit cards, and after the time when you could ask the store owner to just put it on your account until payday. So, no money; no milk and bread. This was also a time when you could get milk and bread both with less than a dollar. So, my parents really had NO money until payday.
Then, just as my parents were conceding that it would just have to wait, my dad gets all excited, “Did you see that?” Something had flown out of the window of the car in front of us, and he was pretty sure it was money. Now if anyone could spot money flying from the window of a car going 50 miles an hour, it would be my dad. Actually, not only did he spot the money in flight, he turned around, went back, stopped the car, and found a dollar bill in the weeds on the side of the road.
Now like I said before, I never had to worry about food, clothing, or shelter. It was not that we would all go to bed hungry if we didn’t get the milk and bread that evening. It would just have been convenient if we could get the milk and bread now, while we were already near a store, and if we didn’t have to wait until payday and the check could be cashed.
So it was no miraculous feeding of the multitude with 40 loaves and fishes, but it was a moment that I will always remember. An incident that still reverberates in my thoughts whenever I start to think, “how will I ever pay off this credit card?” or “What if this job ends in August?” Whenever those kinds of worry start clogging up the synapses, I think, “pennies from heaven, dollars from car windows, consider the lilies of the fields, and remember the dollar in the weeds.”
at May 28, 2020 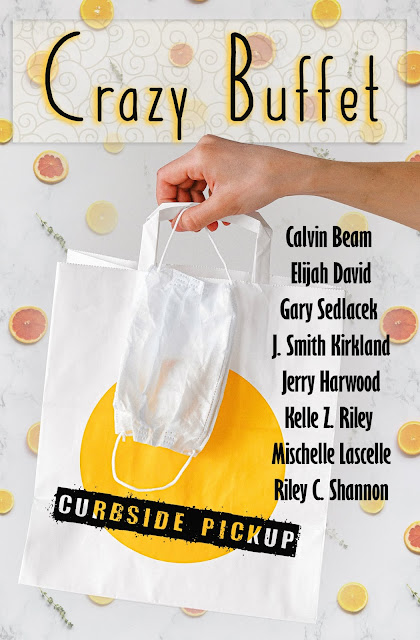